The Union City basketball teams kicked off their season last Friday evening at Tiger Arena vs the Cement Bulldogs. The pregame festivities included crowning Reed Miller and Erica Rodgers as homecoming king and queen. The Lady Tigers and Tigers secured victories in an exciting environment. 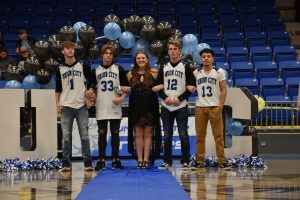 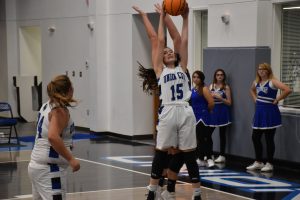 Taytim Woods led the scoring with 22 points. Ten of her 22 points came from the charity stripe. Laila Goad added 15 of her own knocking down two 3-pointers.

In the second game of the night, it started out as a defensive battle but soon turned into a scoring frenzy. By the half the Tigers held a 19 point lead but the Bulldogs began to press in the third quarter and found a way back in the game. Late in the fourth quarter with less than two minutes to go Cement tied the game up at 61. The Tigers hit their free throws and sophomore, Skyler Kimberlin, put the Tigers in front for good with 5 seconds to go after a senior, Nando Pizano’s half-court pass. The Tigers won the game 68-65. 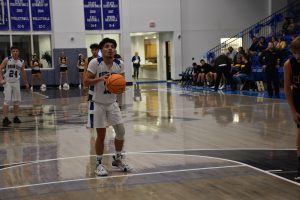 The Tigers leading scorer was Tyler Ross with 25 points. Skyler Kimberlin had a double double on the night with 19 points and 11 rebounds.

Tonight Union City will be back in action at Verden beginning at 6:30.  Be there and support your Tigers and Lady Tigers.