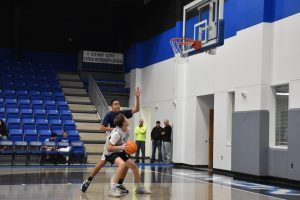 The Union City Lady Tigers came into last Friday night’s game with a record of 3-5 and looking to reach the .500 mark on the young season. The Lady Tigers and Lady Bulldogs had a back and forth battle that ended up going Union City’s way by a score of 54-49.

In the first quarter, Katie Hadding drained a three pointer that put the Lady Tigers ahead by a score 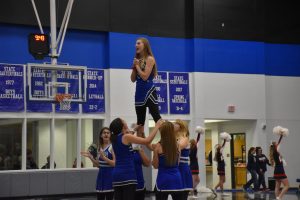 of 11-8. In the second quarter, the Lady Bulldogs tied things with the help of hitting 7 of 8 shots from the charity stripe.

In the second half the battle continued as Taytim Woods and Kailee Jackson drilled three pointers to take a 40-38 lead to go to the final frame. In the final quarter, the Lady Tigers played lock down defense and made their free throws to win the game by a score of 54-49. 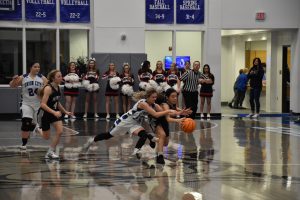 Jackson had 8, and Erica Rodgers with 6. The Lady Tigers improved to 4-4 on the season and look to continue their winnings ways on Tuesday night as they travel to Gracemont.

In the second game of the night the Tigers and the #3 ranked Bulldogs faced off. The Tigers came into the game with a record of 3-4 but ended up falling to Minco by a score of 79-32.

Both teams will be back in action on Tuesday when Union City travels to Gracemont.