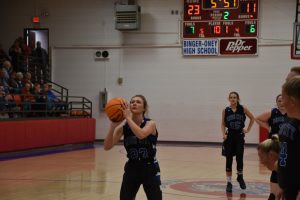 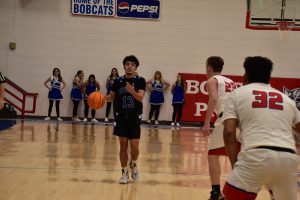 On Friday, January 17th, the Union City Tigers played SW Covenant. Covenant came out on fire starting with a 9-0 lead with 3 straight 3’s and from there they just kept going. Shooting lights out in the first half, Kurt Cole tallied up 37 points for the Patriots and their second-leading scorer, Will Haas, had 28 points. Union City tried doing everything they could do to stop Covenant, but they just couldn’t get a handle on the ball. Nando Pizano, Union’s point guard, did everything he could do racking up 17. The boys in blue have improved their free-throw percentage to 72% over the past few games. The boys fell hard with an ending score of 102-47; however, they are keeping their heads high as they move into the Paden Tournament beginning on January 23rd.