The Lady Tigers had a lot of schedule changes last week due to the rainy weather; however, they did finally get to play in the Hinton Festival in Lookeba-Sickles on Saturday. The ladies faced tough competition but came into both games with heads held high.

For their first game of the day, the Lady Tigers faced off against Canute, who is ranked #16 in Class A. Canute’s pitcher is one of the best Union City has faced this season; howe 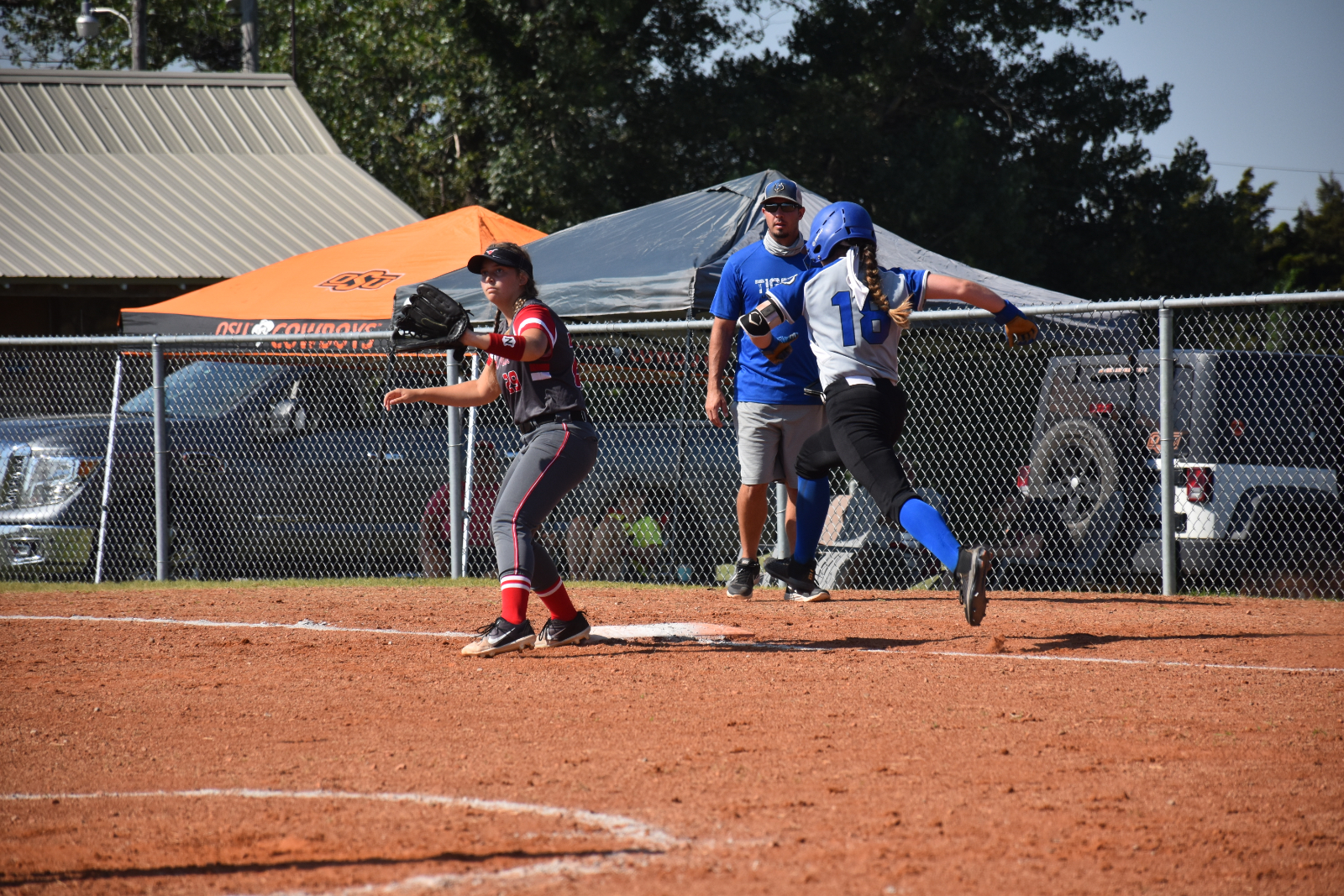 ver, the girls in blue got two hard hits off of her and scored three. Sophomores, MaKenna DeLong and Kaitlyn Linson both got on base with hard ground balls. Mackinzie DeLong, Emily Loughridge, and Alexis Archer all got on base by errors or hit by a pitch. Linson’s hit was a big one for the Lady Tigers because she drove in two of the three runs of the game.

For their second game of the day, the girls in blue were matched up against Lookeba-Sickles, ranked #9 in Class B. Throughout this game Union City had a hard time adjusting to Lookeba’s pitcher, who had great ball movement an 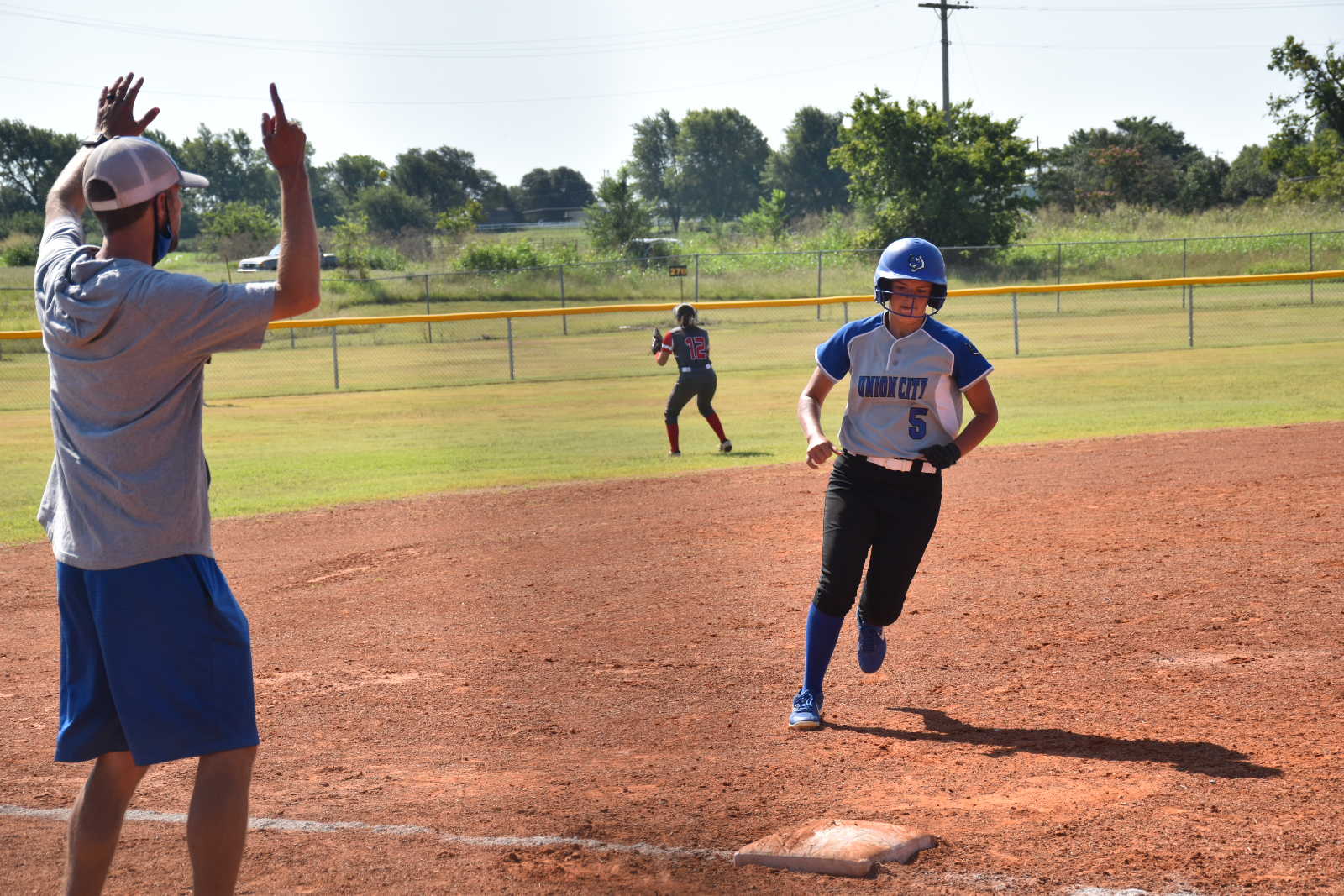 d spin. The Lady Tigers did not get a hit until the top of the fifth inning when Emily Loughridge singled on a line drive up the middle. The Lady Tigers did put the ball in play with several fly outs and ground outs, but they had a hard time reaching first safely. In the end, the Lady Tigers could not tack on a run to hang in the game; therefore, the final score was 8-0.

Lookeba, on the other hand, flew around the bases scoring eight runs in five innings. The ladies made a couple of good plays, including a double play in the bottom of the first when third basemen and senior, Sabrie Locke, fielded a ground ball and threw the runner out at first before receiving the throw from first basemen, Alexis Archer, and tagging out the running stealing to third.

Sophomore, Emily Griggs pitched 7.1 innings between both games. Griggs only walked one batter in both games and struck out one. Griggs put in the work on the rubber out of 69 pitches she threw 67% were strikes. Loughridge, Linson, and MaKenna DeLong all had one hit apiece on Saturday, tying for the lead in hits.

Union City plays at home on Sept. 14th against Verden starting at 4:30! The Lady Tigers also have Senior Night on Sept. 15th! JH will kick off the night against Calumet beginning at 4:00!! Please come out and support!!