The Tigers had an impressive season with a record of 17-5, three championship trophies, and one of the 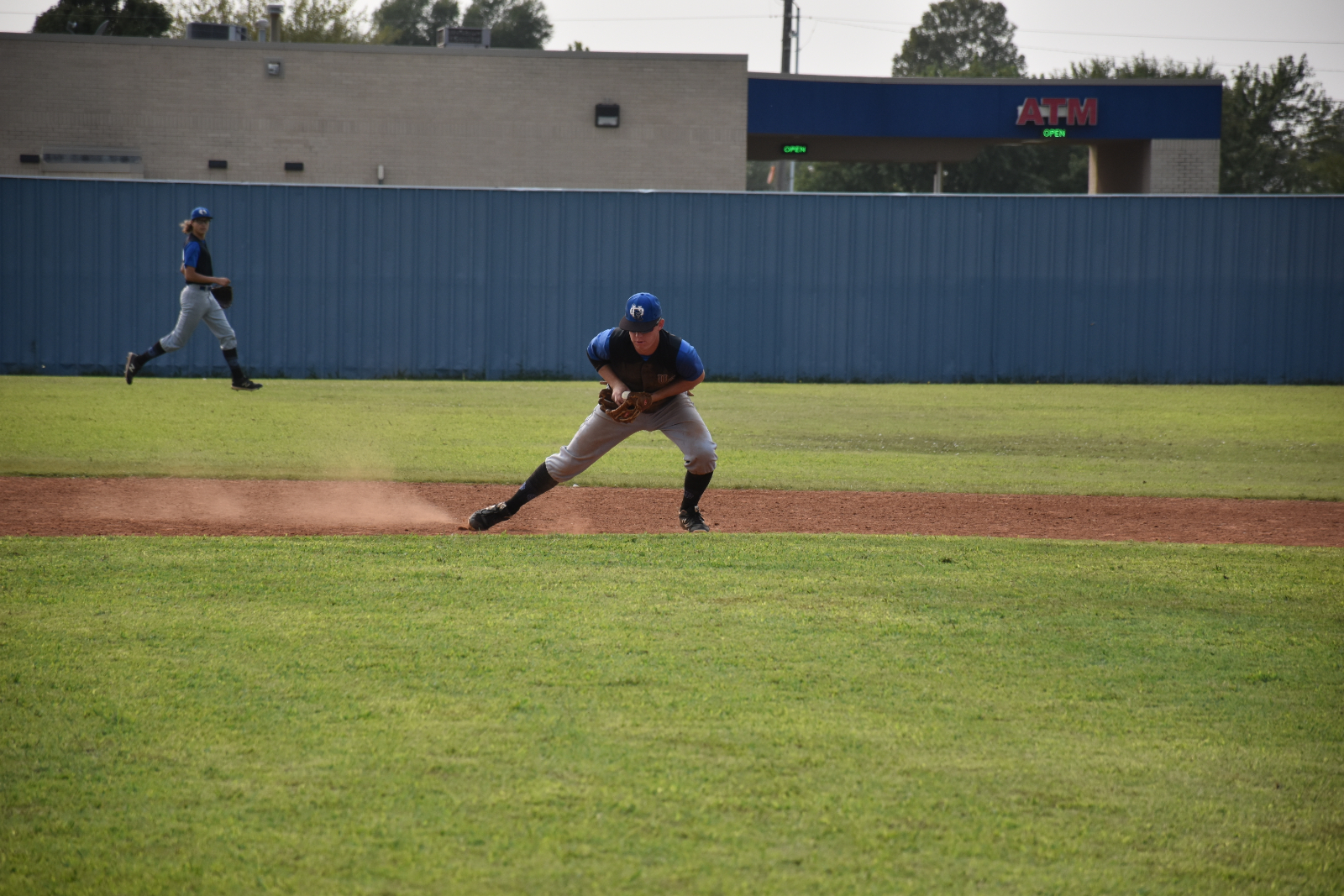 hottest win streaks in recent years. After the season ended, Coach Griggs stated “Class A is always stacked with great teams. It is as tough as it comes…We had a few additions to the team which was key and shuffled some guys to other playing positions. Things clicked really fast and we got hot and stayed hot.” Union City dropped their first game of the season but quickly regained their footing to boost themselves into their first championship game of the season with many more following.

Tyler Ross, a senior, said “We came to practice wanting to work and become better everyday challenging each other to be better. We came out every game with a chip on our shoulder no matter who it was!”

The boys in blue took their first road trip to Earlsboro for a wood bat tournament. Their first matchup was the host team, Earlsboro, who they run-ruled 11-3. The Tigers put up runs in every inning of the game and scored five in the first inning, making it their biggest. The Tigers moved closer to the finals after facing off against Moss, who was ranked #17 in class B. The game had a slow start, with no one scoring until the third inning. With both teams tied up, Moss took a lead making it 4-2; however, Union City responded by not allowing Moss 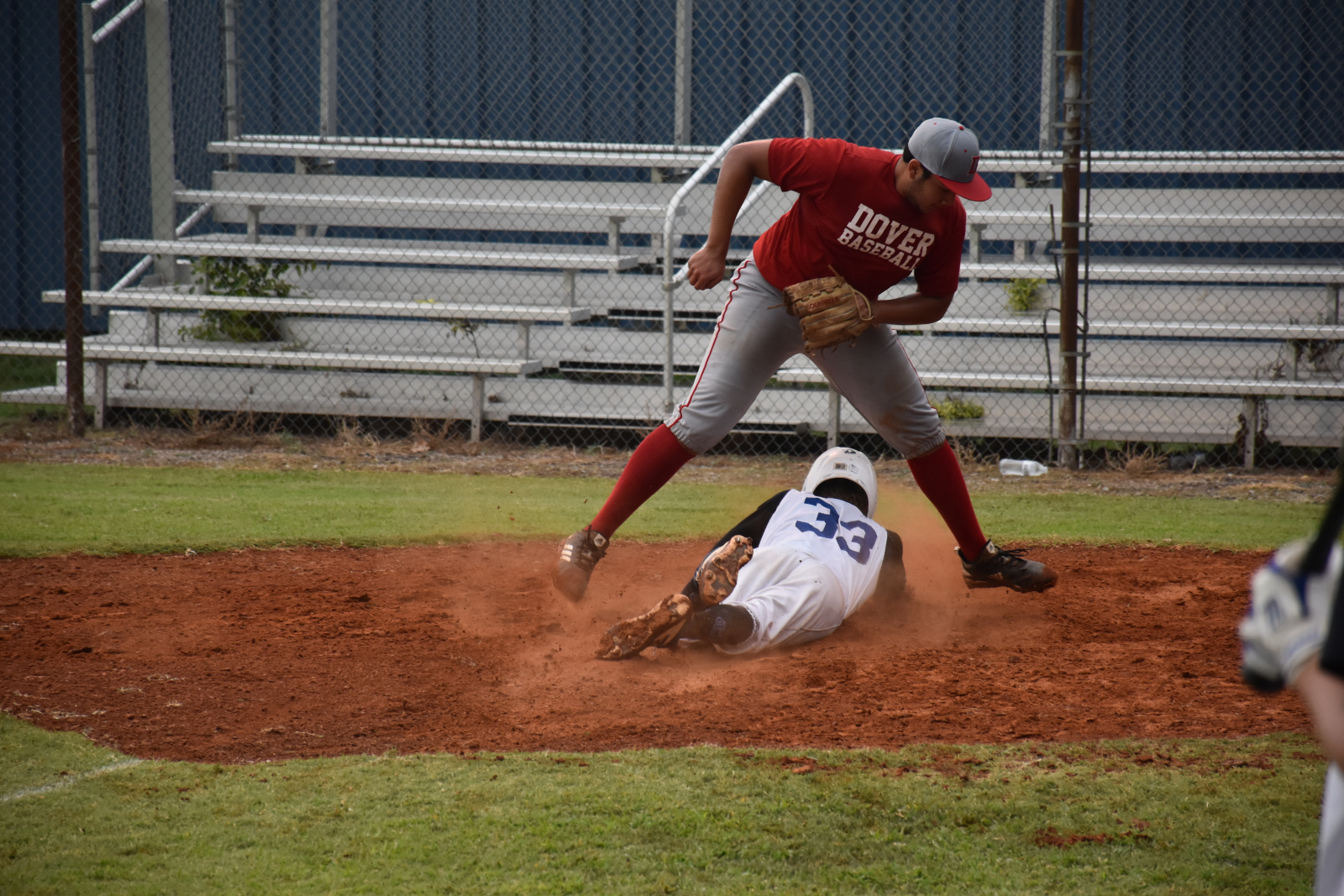 score again and scoring four more times themselves. With a final of 6-4, the Tigers sent their team into the finals the next day.

Union City squared up against Clayton; the boys in blue saw their shot at victory and took it. It was a close game all the way to the seventh inning, where both teams were tied 6-6, and so they went into extra innings. Union City hit their stride in the top of the eighth when they scored ten runs and held Clayton to win the tournament.

Although the Tigers picked up one of their five losses against Fletcher within the next week. The Tigers shook off this loss and went on a 13 game win streak for the rest of the season. It began with a 9-1 win over Dover and continued into another tournament. The boys in blue bonded over another long road trip to Mulhall-Orlando where they picked up their second piece of hardware for the season. Shidler was the first step towards the championship; the Tigers only allowed one run for Shidler in the fi 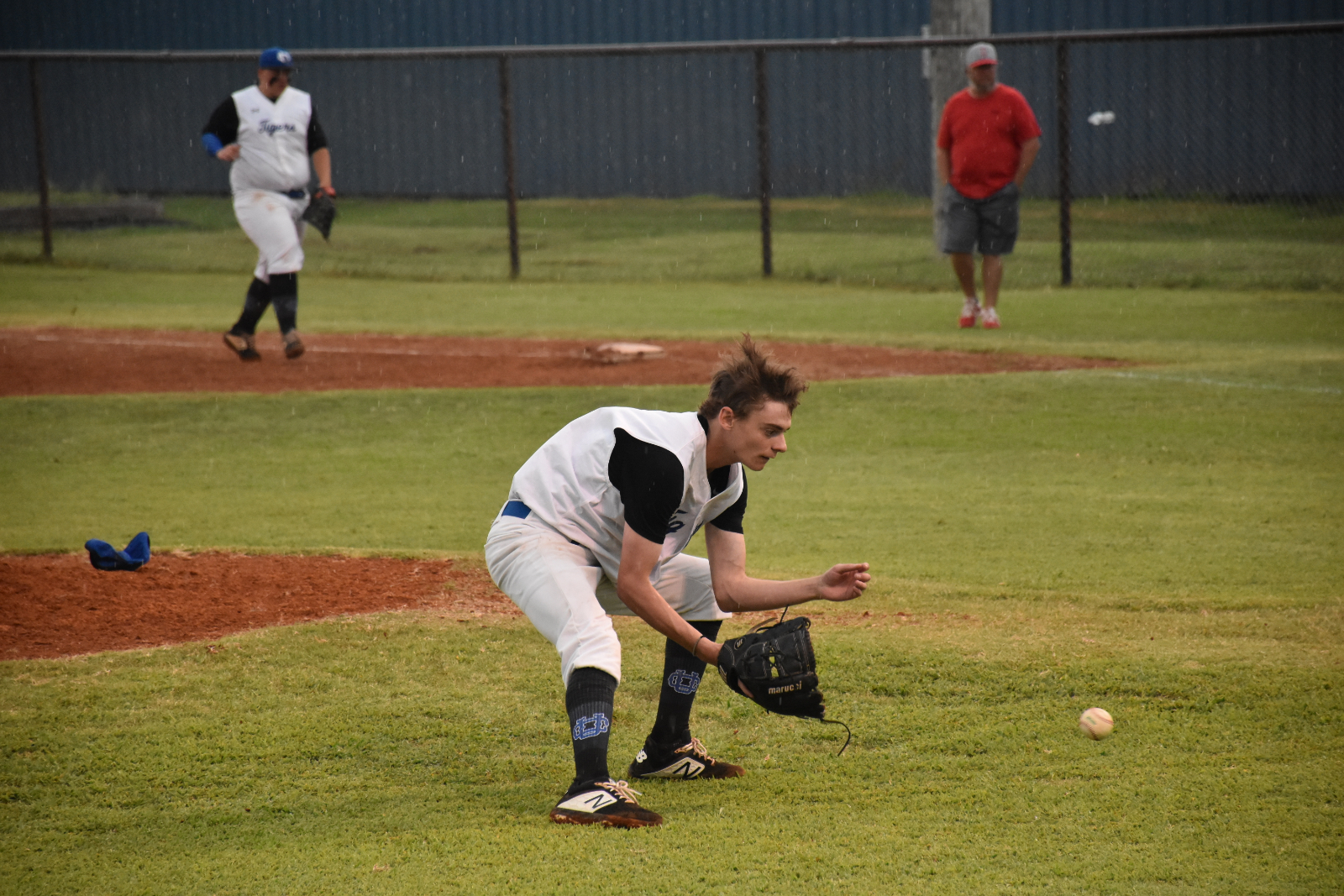 rst before holding them for the remainder of the game and adding another win to their streak. The Tigers quickly moved through the rest of the tournament beating Cimmaron with a score of 15-3 and to gain the title of champions they run-ruled Glenco, who they would later see in districts.

The weather during the fall season can make a big difference in the number of games played, luckily this year the Tigers only lost four games due to bad weather. Two of the four games followed the Mulhall-Orlando Tournament allowing the boys in blue more time to rest up for the busy weeks ahead of them. For their first game back from rainouts, the Tigers continued their win streak against Verden with a score of 8-4. This win was the sixth win of the string of wins that brought the Tigers into districts. The Tigers picked up three more wins against Mulhall-Orlando, Frontier, and Ninnekah before losing two more games to bad weather. 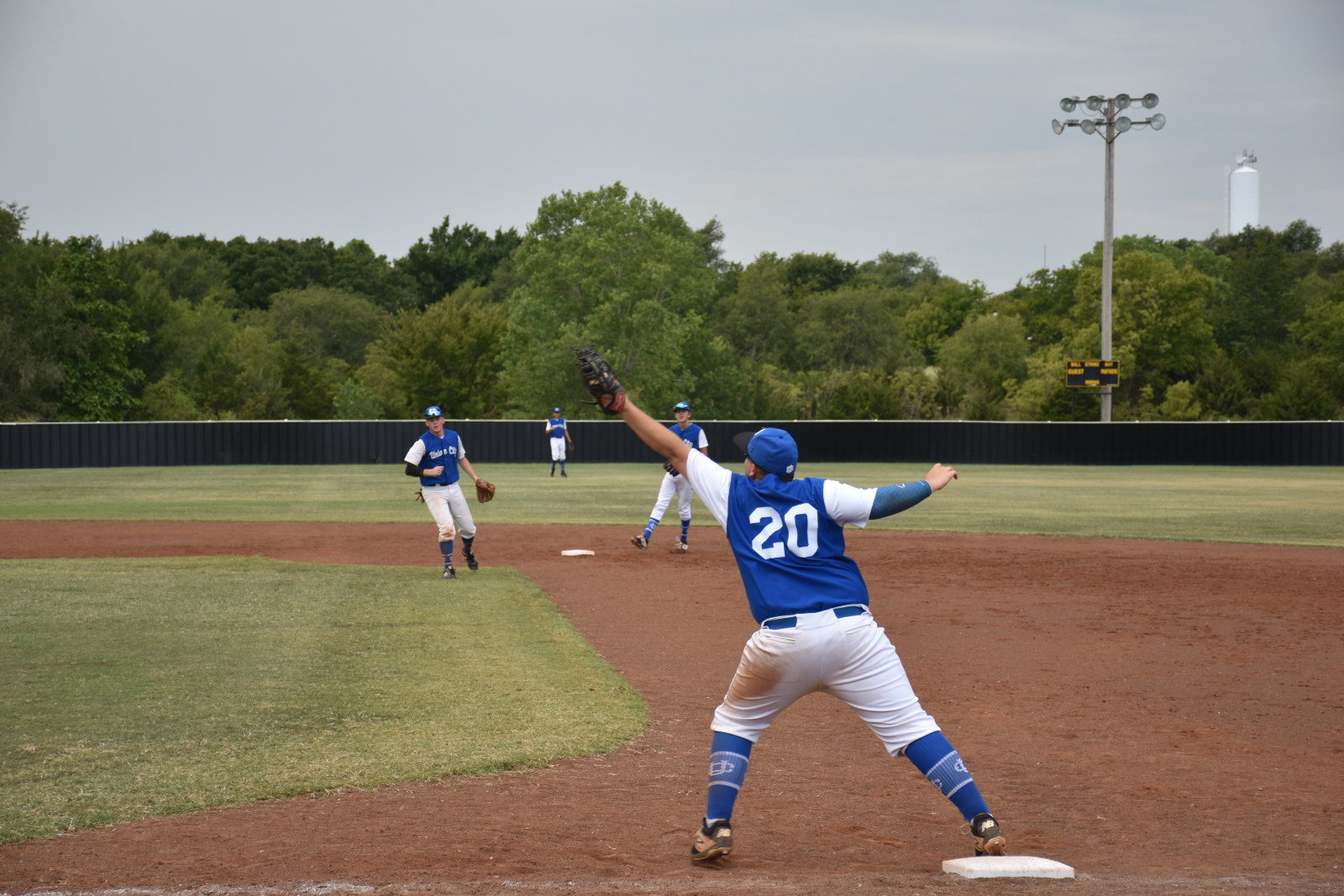 n commented, “This season was one to remember. When I moved here my sophomore year I had a rough start……but this year has been totally different.”

Union City hosted their annual wood bat tournament, this year it was dubbed the Boa Bat Bash due to Coach Griggs’s new wood bat business. The Tigers saw former alumn and coach at Earlsboro, Colton Armstrong, for the second time this season and in their second tournament together. Earlsboro took the Tigers into extra innings; however, the Tigers came out on top with a score of 6-5. For the semifinals of the Boa Bat Bash, the Tigers run-ruled Dover using their big first inning as a boost into the finals. For their last tournament game of the year, the boys in blue played Duke to picked up their second wood bat trophy. The Tigers run-ruled Duke with a score of 12-2; Union City went three for three in tournaments this season gaining two wood bat trophies and one plaque.

Sadly, the Tigers 13 game win streak ended with their last regular-season game against Calumet. The Tigers kept their heads held high at districts with their first game against Glencoe. The Tigers came out with fire and did not allow Glencoe to cross the plate; Union City beat Glencoe 10-0 before moving on to Am-Po. The first game was a close one, but the Panthers came back in the last inning to win 3-1. The Tigers needed to win two games the next day but they fell just short with another loss to the Panthers. 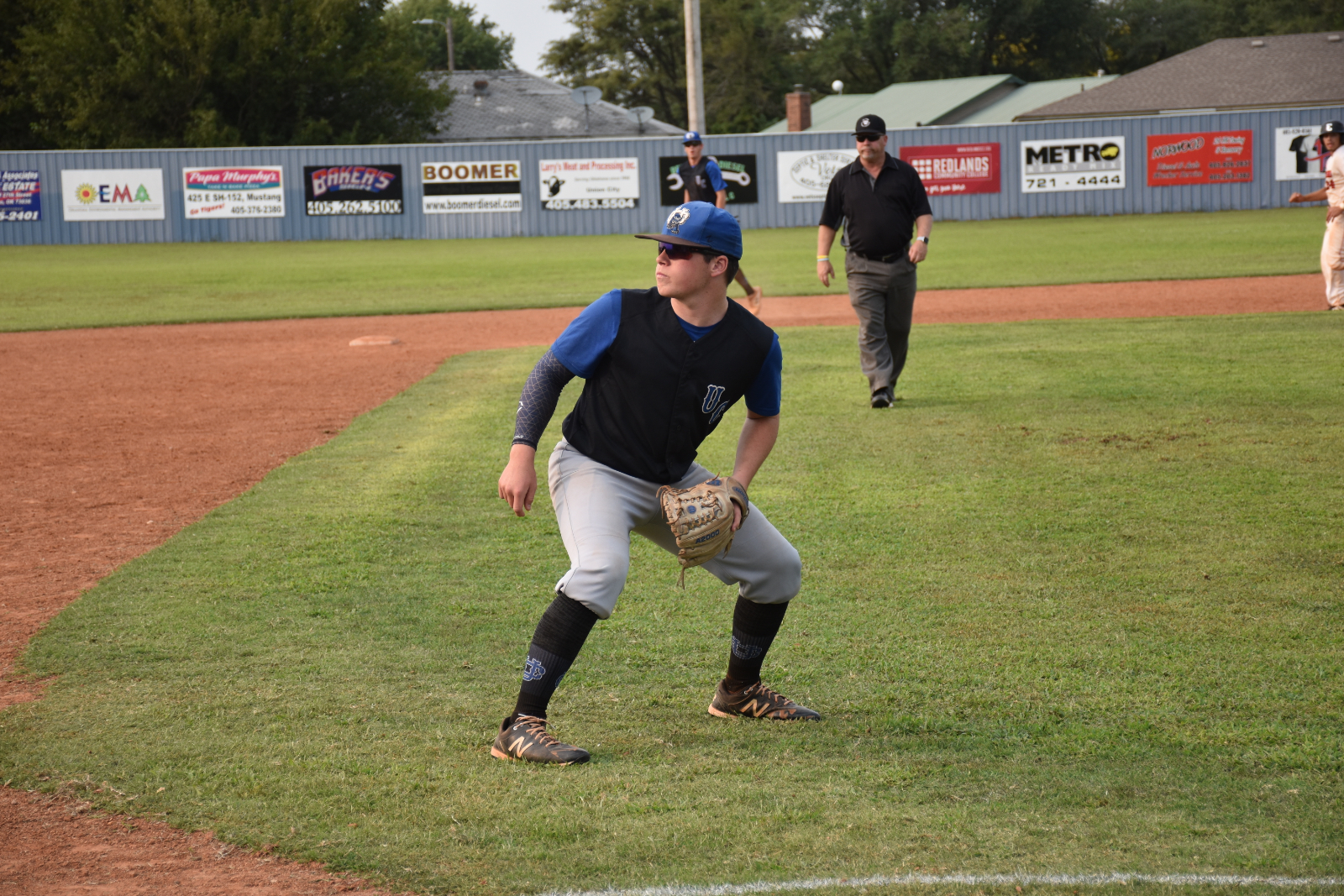 This year a lot of Tigers had to step up and make big plays; sophomore, Braydon Armstrong was one of those Tigers. Armstrong said, “I think we played pretty good through the year we had some mental mistakes but we overcame those and the ultimate goal is going to state. We have to work ten times harder than every team we play to go to the next level.” To lead the Tigers, Armstrong took his own advice and had 30 hits for the season and he was followed closely by three seniors, Morrison, Ross, and Lane Casey.

The Tigers used their speed around the base paths with 117 stolen bases, this was led by Ross with 22. The Tigers also used their 152 hits of the season to score runs and Armstrong used his well-timed hits to pick up 24 RBI’s. However, the Tiger’s defense was crucial to their record this year. Senior, Brayden Denning was a new Tiger this year and felt right at home with the Tigers. Denning pitched 43 innings in which he had struck out 52 batters, threw 66.7% strikes, and of those strikes, 64.4% were first-pitch strikes, these were thrown in big games for the Tigers. Junior, Shane McNeil was another big arm for Union City and threw in the final game for the Tigers’ season. McNeil threw 35.2 innings making big plays such 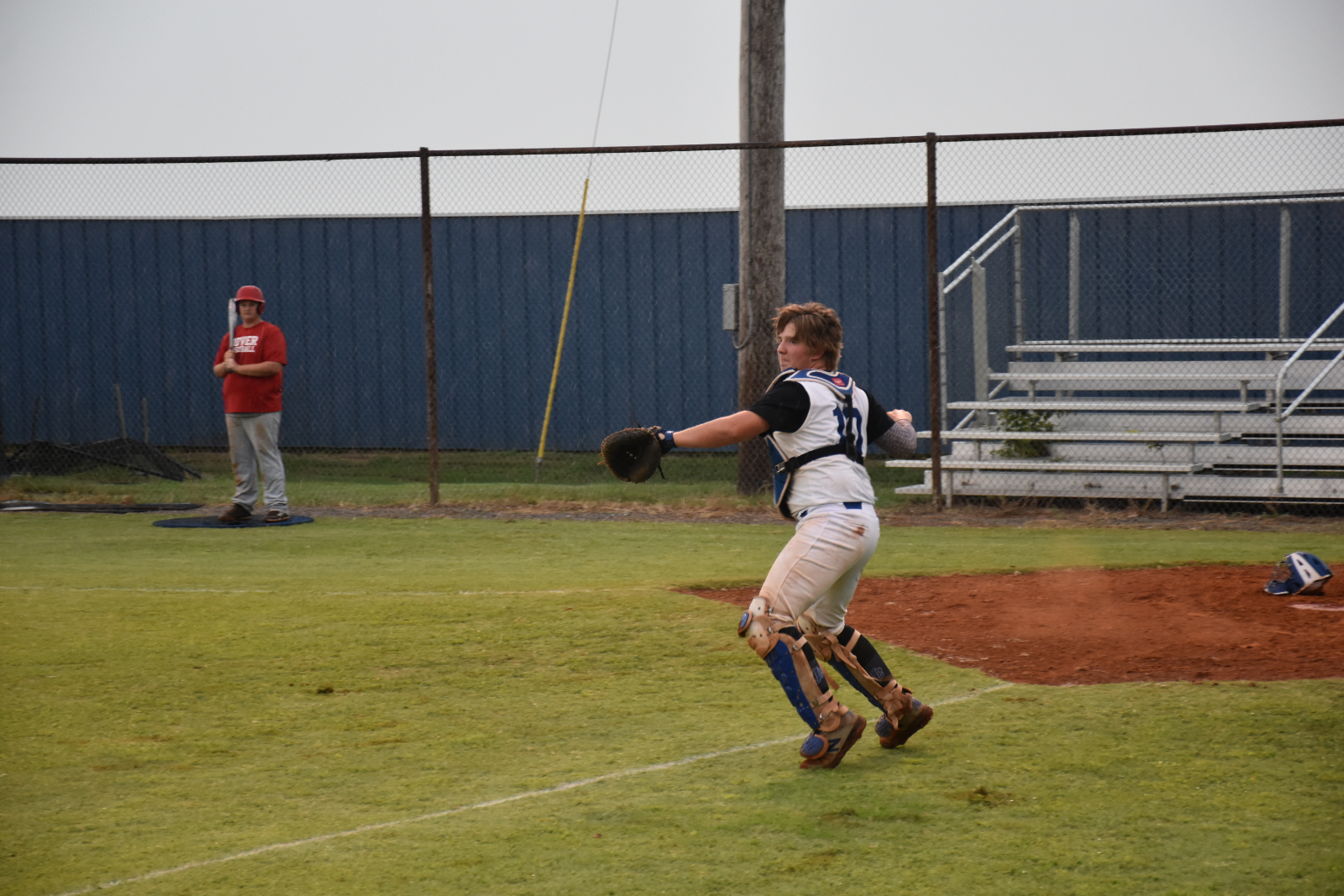 To back up the pitchers was catcher, Armstrong, who was behind the plate for 91.2 innings. Armstrong threw four runners out as they tried to steal and had a fielding percent of 93.5%. The rest of the field was full of tough Tigers looking to make good plays. When Denning wasn’t on the mound he was in centerfield; this season he turned two doubles plays and had a fielding percent of 92.9%. Another forceful Tiger is senior shortstop, Tyler Ross, who also turned two double plays this season; Casey and Caleb McSpadden both picked up one double play apiece.

Coach Griggs said, “We built our confidence for the spring and our schedule will have more quality teams in it. If we hit the ball well, we could make some noise and a run come playoffs.” The Tigers are excited to put in work this offseason and come back stronger in the spring.