The third and fourth quarter was about the same as the second quarter. A lot of the shots weren’t falling and they let Verden climb back and almost take the lead but the girls in blue fought hard and beat the Verden Lady Tigers with a final score of 47-40.

When asked how she felt about the season opener Senior, Laila Goad stated,” We had a really good start but the game got ugly real fast. Fouls were being called on both sides constantly. It was a win, which is great, but it was a ugly win.“

Junior, Kailee Jackson also stated,” I think we did well not as good as we hoped but I think it definitely highlighted what we could improve on and build like our rebounding finishing inside and pressing with energy the whole game. Also to be back out on the court feels so crazy. We are all playing every game like it is our last because we never know at this time when the season might end.”

Senior, Laila Goad and Junior, Kailee Jackson led the team with 12 points each followed by Junior, Taytim Woods with 6 and then Juniors, Bailee Jackson and Kami Leonard scored 2 each. The Lady Tigers went 6 for 13 from the free throw line.

The Lady Tigers are back in action Friday, November 6th. So make sure you come out and support and wear your red, white, and blue for the student section theme. 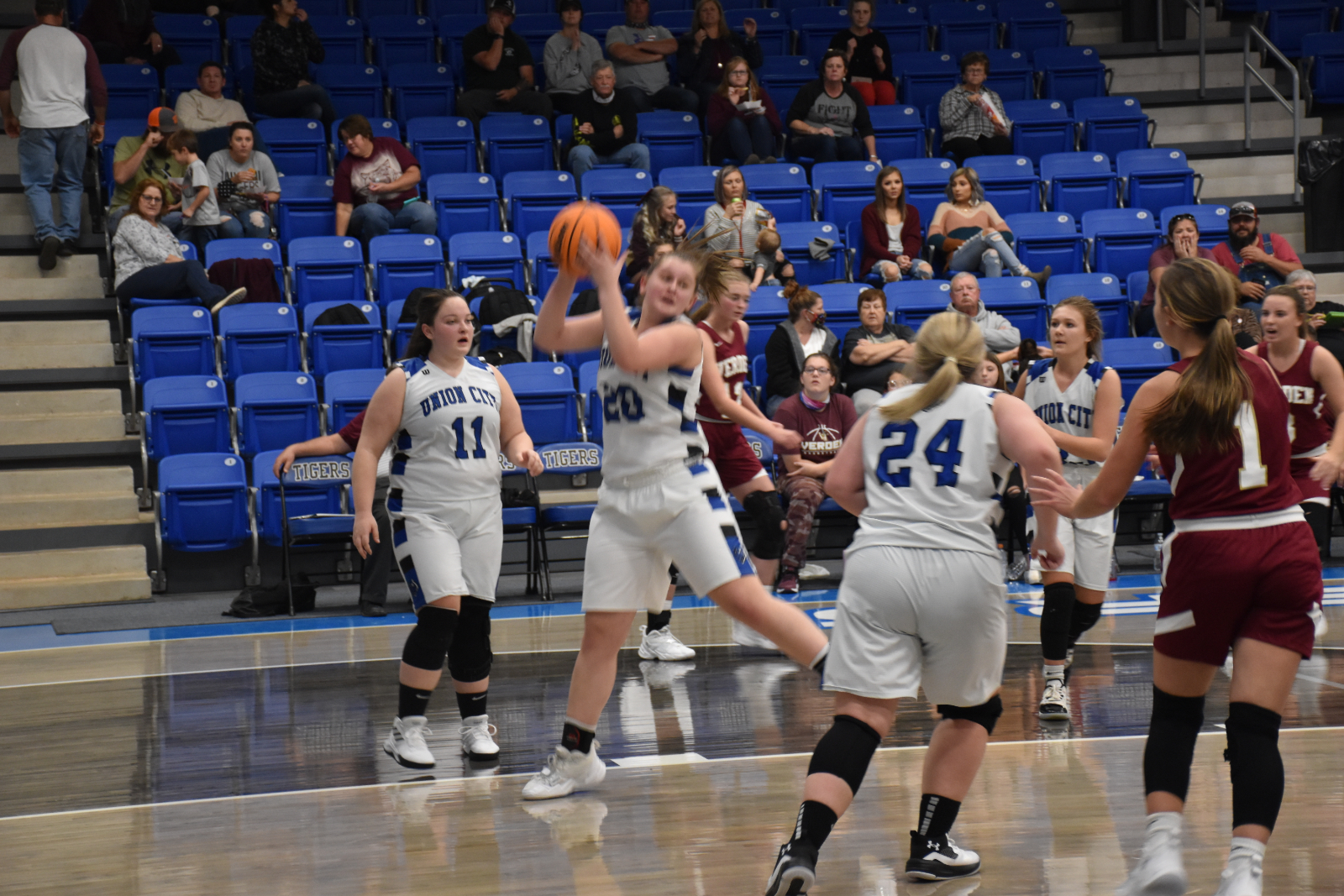